A featured article in the GBI Holding AG E-Magazine

It doesn't get any greener than this: the architects of "greeen! architects", founded in 2008, use the "e" in their name not twice, but three times - for ethical, ecological and efficient. While "efficient" not only refers to the planning implementation, but also stands for a careful use of resources, the words ethical and ecological can hardly be misunderstood.

"As experienced architects, we attach particular importance to a holistic approach to our building projects. We set new impulses, think ahead and plan future challenges into our concepts today," reports Marc Böhnke, managing partner of greeen! architects.

The GBI Group first came into contact with the greeen! architects team in 2016. At that time, the Düsseldorf architects won the design competition for the mixed-use project at Düsseldorf's main railway station with a bold plan.

For Mario Reale, managing partner of greeen! architects, a particular concern in realising the hotel trio at Düsseldorf's main railway station was to enhance the central location in the form of an urban repair and to integrate all three public squares around the main railway station into urban life. "In the future, it will be easy to walk here," explains Reale: "The area's previously fallow potential will be activated in this way, so that the city and its citizens* will regain a new high-quality quarter. This will generate positive impulses for the entire urban environment."

A façade of red clinker brick and golden metal cladding combines three different projects of hotel and aparthotel into one visual unit. Added to this was the planning of the connecting urban space between Konrad-Adenauer-Platz and Mintropplatz, which will offer a new, inviting quality of stay with gastronomy and a pedestrian zone.

This year, greeen! architects led by Mario Reale and Marc Böhnke have now submitted a design for the memorial campus planned by the Moses Mendelssohn Foundation at Gleis (Platform) 17 in Berlin-Grunewald. The adjacent memorial commemorates the more than 10,000 Jews who were deported from here starting in 1941. Named after the Berlin writer Else Ury, the campus is to become a memorial and research site for young people from all over the world. For those who would like to live in the attached student flats, the following applies: you must be studying in Berlin or Potsdam, and have a special interest and commitment to the site with its planned lectures or exhibitions.

The planning by greeen! architects envisages three buildings made of wood and steel arranged in a triangle: The wood is to pick up on the surrounding old trees, the corten steel is to be reminiscent of the rusty rails of Gleis 17. The visual axes to the memorial site will not be obstructed.

"In an intensive dialogue and in cooperation with the Moses Mendelssohn Foundation, we have planned a memorial, remembrance and learning site at the Grunewald S-Bahn station in Berlin, which will force people to deal with the past and at the same time serve as a reminder for the future," explains Marc Böhnke.

The deportation sites that were served by Gleis 17 become visible through the incidence of light on the façade inside the building and thus become part of the exhibition space that recalls the history of the site.

Even though Gleis 17 is a particularly challenging task:
The Düsseldorf architects often like to deal with complex urban situations. For example, they recently presented a design for the so-called "RheinBoulevard" for Düsseldorf's inner city, which connects several districts in such a way that pedestrians and cyclists can move through the city safely and without barriers. In an interview with the Rheinische Post, Marc Böhnke described the planning as a "car-free promenade" - an idea that is still more likely to be found in Paris, which is rapidly becoming greener, than in a major German city.

In Leipzig, the office has designed the master plan for a new urban quarter on Lößniger Straße, which will be implemented from 2023. Here, not only buildings for different types of housing will be built, but also commercial space for trade, gastronomy and services, a district park and a day-care centre. The facades are to be greened and at least 30 per cent of the floor space is to be reserved for subsidised housing.

On Goldsteinstraße in Frankfurt am Main, the small flats created in an existing building are reminiscent of Bauhaus flats in terms of their furnishings - clever fixtures make both aesthetically pleasing and functionally efficient use of the available space. A former men's dormitory is thus transformed into a modern residential complex in a resource-saving manner and in the spirit of the circular economy. The bright red façade of the "Cube Ruby 923" demonstrates the courage to find unconventional solutions for existing locations.

The versatility of your projects leads us to expect exciting designs for the future, but above all sustainable ones. Many of the planned projects already bear the "green" in their names: "The Greens", "Green Court" or "Green city tower" can be found on the architects' website, as well as "Grüne Mitte Quellenbusch" ("Green Centre Quellenbusch") and "Das grüne Herz" ("The Green Heart") in Mannheim.

"Our holistic understanding in planning and building has always convinced clients," explains Mario Reale. "The understanding and importance of climate- and resource-friendly architecture is growing steadily throughout the real estate industry. A compelling and long overdue development for people, the environment and our future."

Silke Lambeck is a freelance writer in Berlin.

This article was published in the GBI AG e-magazine on October 11, 2021.
Click here to go directly to the magazine. 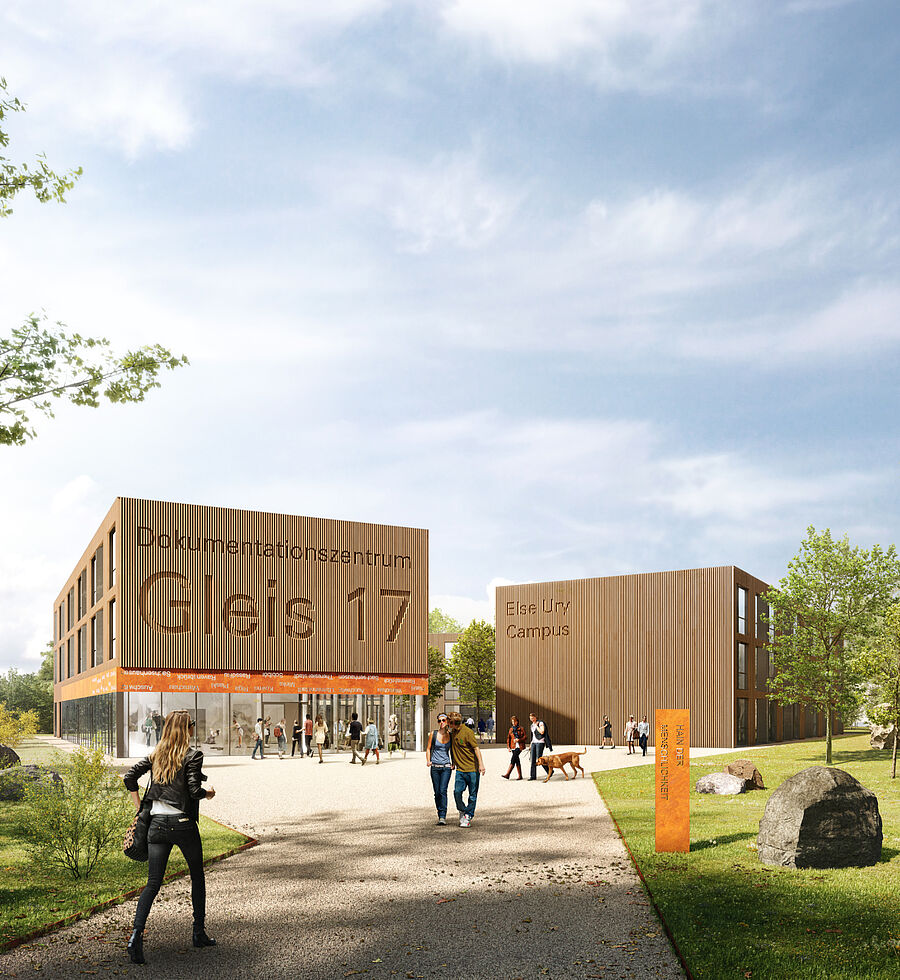