Sustainable and worth living in

A contribution by Marc Böhnke and Mario Reale

To develop a city or neighbourhood sustainably, it should be considered as a whole with all its facets and fields of action. This includes architecture as well as the design of public space in particular.

Today, progressive, sustainable and liveable architecture is conceived and built responsibly and remains fit for the future. Interdisciplinary and visionary work that focuses on the needs of people is therefore crucial. Sustainable urban and neighbourhood development offers the opportunity - and even more the obligation - to think about and help shape our future living spaces. The modern holistically envisaged architecture of the future must therefore be flexible to become resilient. A mix of affordable and good housing, working, shopping and leisure activities with the corresponding infrastructure contributes to a high quality of life in the neighbourhood and to the creation of a city of short distances.

Public urban and neighbourhood spaces, such as squares and streets, merge almost seamlessly into one another, and thus the city with buildings, streets and squares as a whole represents a constant dynamic sequence of spaces. Understanding the interaction of a building in the street and the street in the city via the public space is a fundamental part of conceiving sustainable urban and neighbourhood development. Therefore, it is essential that the building in planning and construction is not only considered on its own, but in the context of the whole urban hustle and bustle. The quality of the space next to and behind the building is just as important as its front!

Already today, huge future challenges - such as the energy, resource or mobility transformation - are becoming apparent. However, the full extent of these challenges cannot yet be identified. The same applies to social upheavals caused by advancing technologies and global trends. We are convinced that the success of sustainable urban and neighbourhood development can be measured by the quality of public space. To develop a city or a neighbourhood in a lasting way, it is necessary to carefully shape the public space. Streets, alleys, squares, promenades, parks and canals encompass a wealth of different functions and must be diverse, flexible, safe and open for use. What they must have in common is unrestricted access for all residents and visitors to the city, as well as the freedom to make use of this space.

In Bocholt, a city in the northwest of North Rhine-Westphalia, Germany, we have planned the neighbourhood development Ibena Green Campus on a derelict industrial site with former production halls of the textile industry. On the site of the Bocholter Aa and Industriestrasse cultural quarter, a diverse quarter with historical and local references is being developed in the sense of a progressive and urban mixed-use. The newly arising area creates an interplay between historical identity and a modern and sustainable campus. The final component of the holistic concept of the Ibena Green Campus is the forward-looking planning as a car-free neighbourhood and the associated development of an area of short distances.

On Harkortstrasse at Düsseldorf's main railway station, we planned three hotels with gastronomy on the ground floor and a new publicly dedicated pedestrian walkway from Konrad-Adenauer-Platz to Mintropplatz for GBI AG. The interaction of the different building figures as well as the choice and arrangement of materials create “diversity in unity” that is equally shaped from all sides. As the entrusted architect's office, it is our concern to consider the direct impact of this new development on its immediate surroundings. The potential of the area, which has been lying fallow until now, will be activated in such a way that the city and its citizens will regain a new, high-quality quarter that will generate positive impulses in the surrounding area. A holistic view of the planned building as a direct reaction to the site and its surroundings is therefore elementary for the functioning of a city. These changes are the beginning of a sustainable, lively and diverse railway station district with a future.

This article was published in the GBI AG E-Magazine on June 17, 2021.
Click here to access the magazine directly. 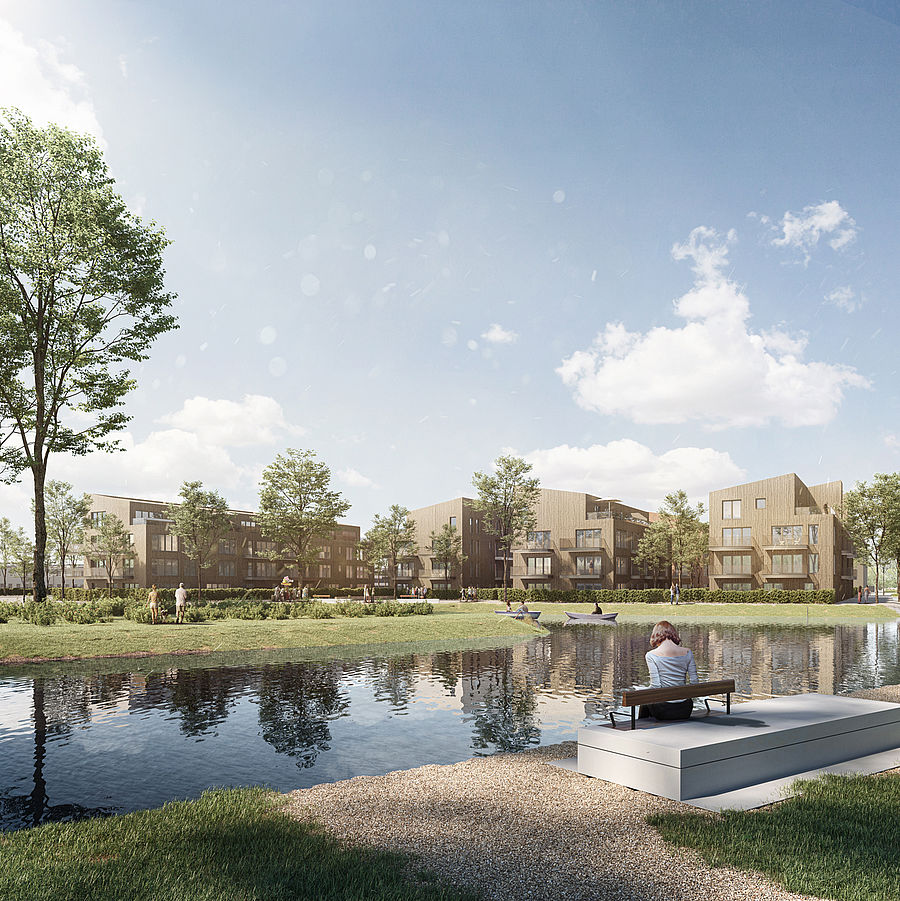