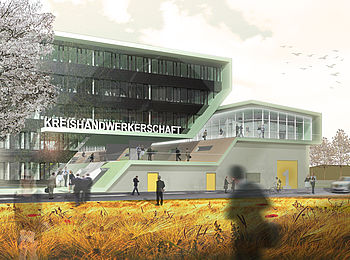 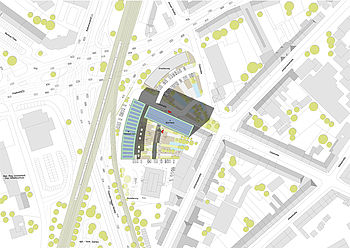 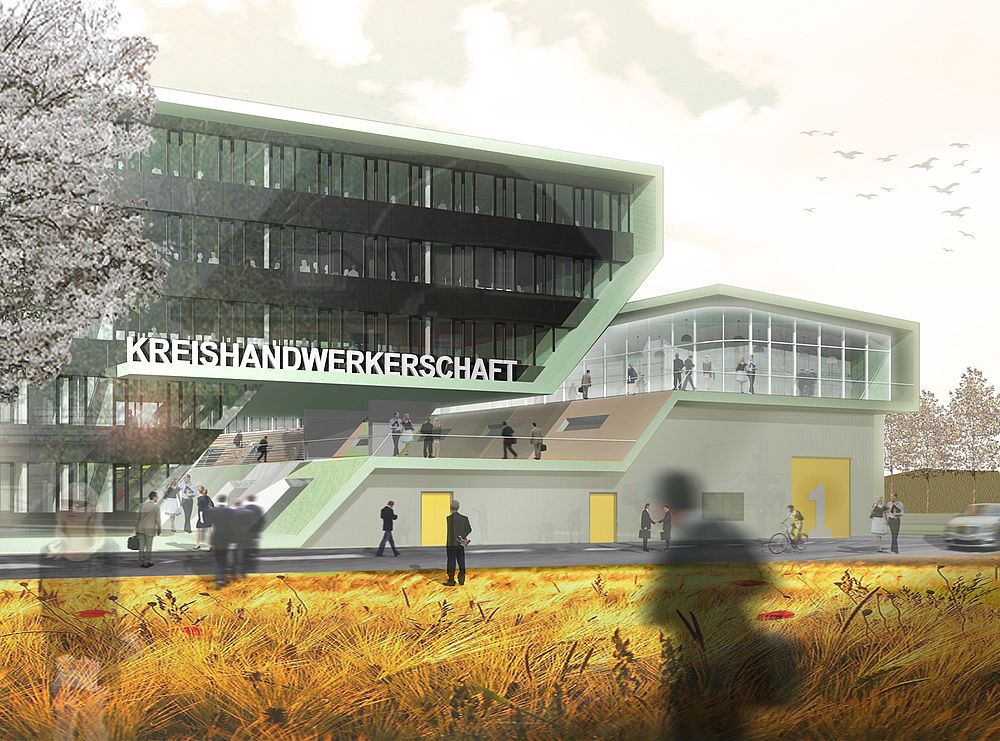 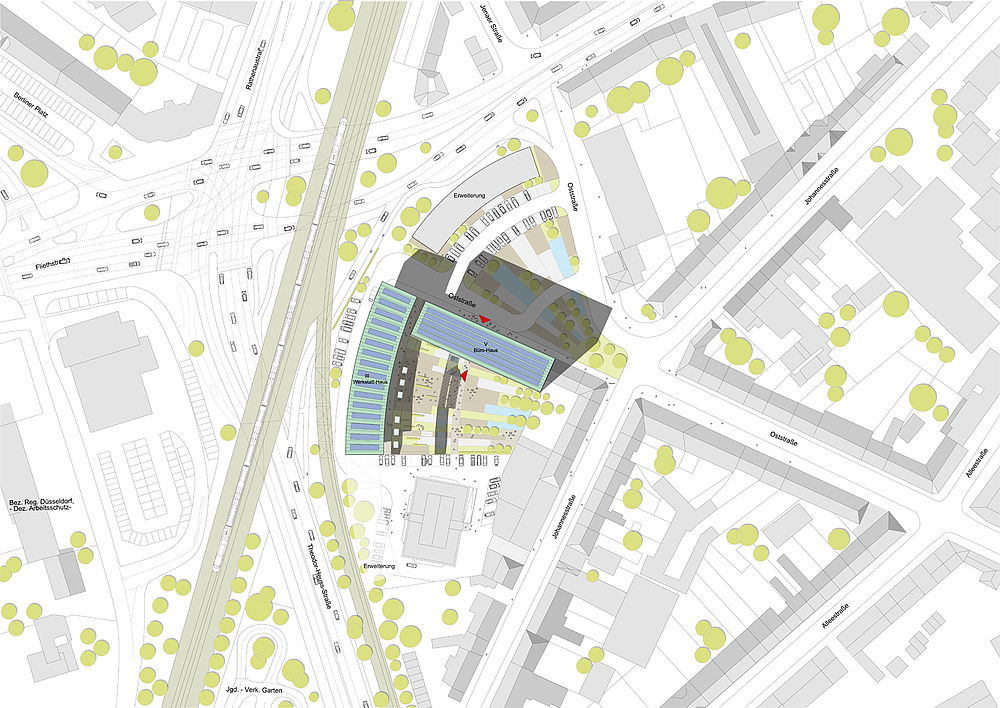 New construction of an educational institution of the Guild of Craftsmen

The property in Mönchengladbach is characterized by its urban surroundings and their influence on the site. In particular, emissions from Theodor-Heuss-Straße and Bahnstraße should be reduced. To avoid noise transmission within the buildings, two structurally independent buildings were designed. A generous rain sheltered entrance between the two buildings formalizes the separation.

The “loud house“ is getting protected from noise and pollution through its orientation to the inner court. It is covered by a roofscape creating a green oasis on its surface in between the two buildings. This roofscape becomes a buildings cape wrapping around the Mensa sheltering it from east. It further creates an opening gesture to the garden and the sun.

The form of the “quiet house“ – the administrative building – has resulted from stacking the required functions on top of each other. Starting from the educational rooms at the ground floor the functions are placed one above the other with increasing size demand. Working areas and working flows are not interrupted and separated from each other. The result is a highly efficient organized office building. 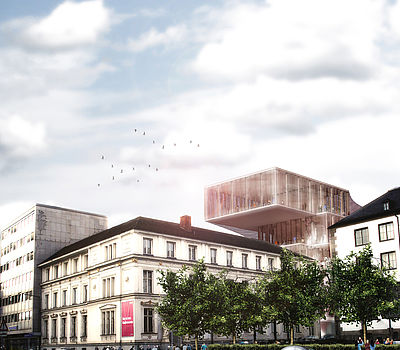 Design concept for the new entrance for the Rhine Tower, Düsseldorf, Germany 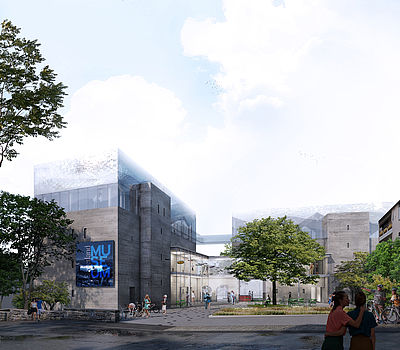