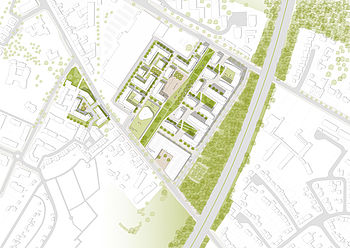 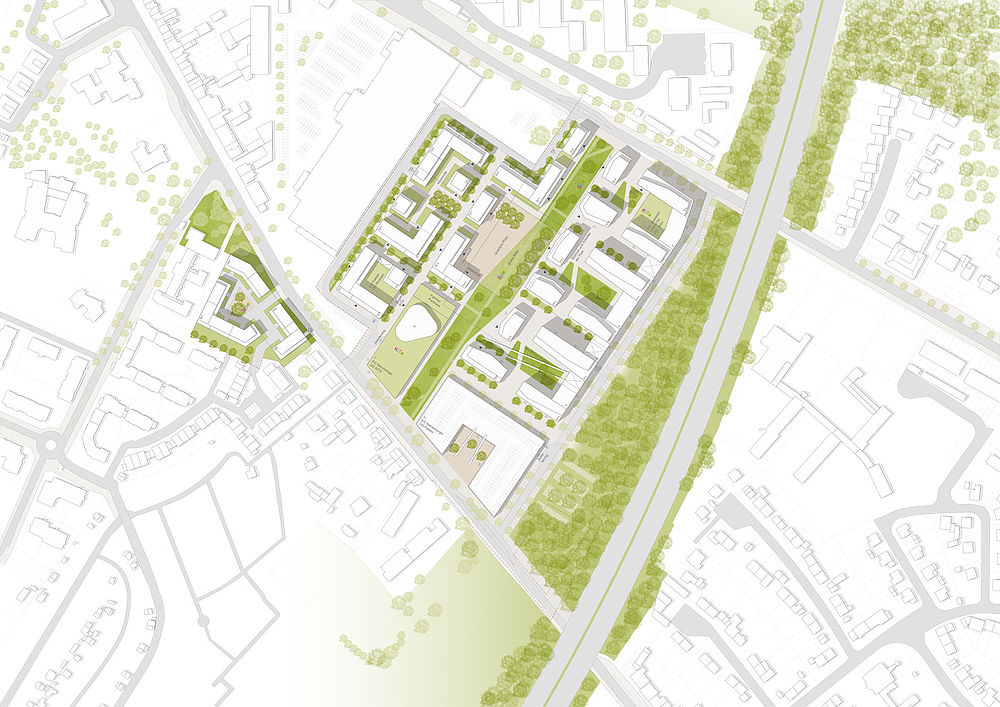 Diversity creates a lively urban area
With the urban development of the former Etex site, a new urban area is being created that extends the existing urban structures. The previously introverted area will be made accessible and usable for all residents of Neuss, and the redesign will create added value for the entire surrounding area. The central idea of the design is the creation of a green axis, along which the different uses are aligned and create new synergies. Along the highway a mainly commercial use is planned. The comb-shaped building structure serves as noise protection for the rest of the quarter. Together with the adjoining point-like solitary buildings, which provide for a mixed use of commercial and residential space, a courtyard structure will be formed, which will open towards the centre of the quarter. The local supply centre will be located along the Berghäuschensweg and will form an adequate counterpart to the existing buildings due to its low storey height and façade. The commercial use of the site complements the building market by creating residential courtyards that are largely protected from noise and emissions. The building structures make it possible to offer a wide range of apartments for all population groups. The buildings are integrated into the heterogeneous surrounding buildings and create a varied, architecturally diverse and mixed urban area with an urban character. The gradation of private zones, semi-public quarter courtyards and public areas as places of communication, stay and community creates a positive, attractive and lively environment for residents, visitors and users.

History as the foundation for a new identity
The new quarter is located in the area of several early Roman military camps. The green structures of the design draw parallels to the historical structure of Roman camps. The green axes structure the area and mark the entrances. They meet at right angles and, at their intersections, form spaces for encounters, communication and meeting points and are characteristic of the identity of the quarter. The double ditch leading through the quarter as a relic of the former legionary camp will be made accessible.

The open space as the prelude to a new urban development
The green axis in the centre of the quarter emphasizes the two entrances to the quarter and, together with the square, acts as a link between the various uses and neighborhoods. The new piazza forms a meeting point with a high quality of living, supports the coexistence of the various functions and forms the centre of the quarter. The generous green spaces in the commercial courtyards create additional space for encounters and communication and integrate the green centre of the quarter into the higher-level green spaces. In order to sustainably strengthen the biotope network along the planning area, a large part of the areas along the highway route will be unsealed and returned to nature as a kind of urban wilderness. 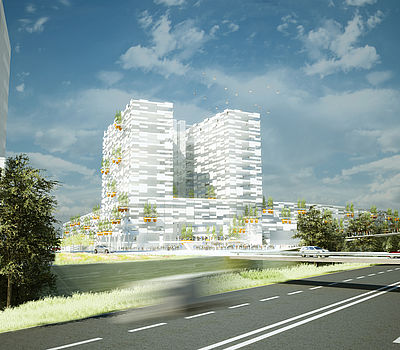 Offices for the Department of Urban Development and Environment, Hamburg, Germany 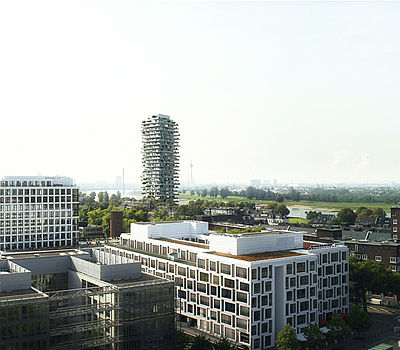 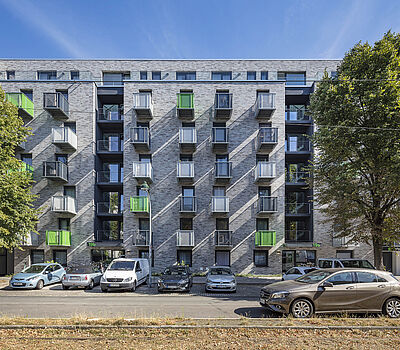