"We are concerned with strengthening political acceptance and creating the framework conditions in building law so that this sustainable construction method is promoted more," said ambassadeur Lorenz Nagel of PRIMUS developments GmbH. In the course of the increasingly demanded ESG criteria, he believes that building with wood plays a decisive key role. He called for "more courage." "We need less 'yes, but' and more enablers," Nagel continued. He added that the administration must open up to sustainable building.

Nagel received support from Marc Böhnke, architect Dipl.-Ing. from greeen! architects. He pointed out the enormous potential of timber construction in Germany and Europe: "Timber construction can make an immense contribution to achieving climate targets in the sense of holistic and ecologically minded planning and implementation. We have the resources for this in our domestic forests. This does not mean cutting down the forest for it, but making it more resilient to climate change and at the same time processing negative monocultures in a meaningful way."

Tegel Project GmbH Managing Director Gudrun Sack, also an Ambassadeur, emphasized that wood is the building material of the future. "We will build the planned 5,000 apartments in the Tegel Project with wood. This will create the largest wooden residential quarter in Europe there." At the same time, she revealed that the wood needed for the quarter will come from Berlin's forests. "Berlin can become a pioneer for timber construction; fortunately, the course set by the state building code has been set correctly," Sack emphasized.

Reinhart Eberl-Pacan, CEO of brandschutz plus GmbH, on the other hand, criticized the differences between the 16 state building codes (LBO). "The patchwork of state building codes shapes building with wood, especially when building to height as one of the biggest obstacles. The federal and state governments should clearly commit to timber construction. Lip service, we want to build with wood is not enough. The LBO must be improved concretely and wood as building material with other building materials be put on an equal footing , so Eberl Pacan.

The Coalition for Timber Construction wants to lead in the next months after assumption of office of the new coalition on federal level the intensive exchange with the thematically responsible politicians. The initiative will also network into the federal states. The Ambassadeurs represent an interdisciplinary cross-section to the disciplines in timber construction. "With our Coalition for Timber Construction, we will not only advance sustainable construction in Germany, we will also educate in the various places with the expertise of the Ambassadeurs," initiator Sun Jensch of DAPB - German Agency for Policy Advice expressed her confidence.

End Credits:
The Coalition for Timber Construction is organizationally located at DAPB - German Agency for Policy Advice. As the initiator, DAPB directs and coordinates the activities of the ambassadors and partner companies of the Coalition for Timber Construction. It thus builds the bridge between politics and business - in both directions. The DAPB has set itself the goal of accompanying the change to more sustainability and climate protection. 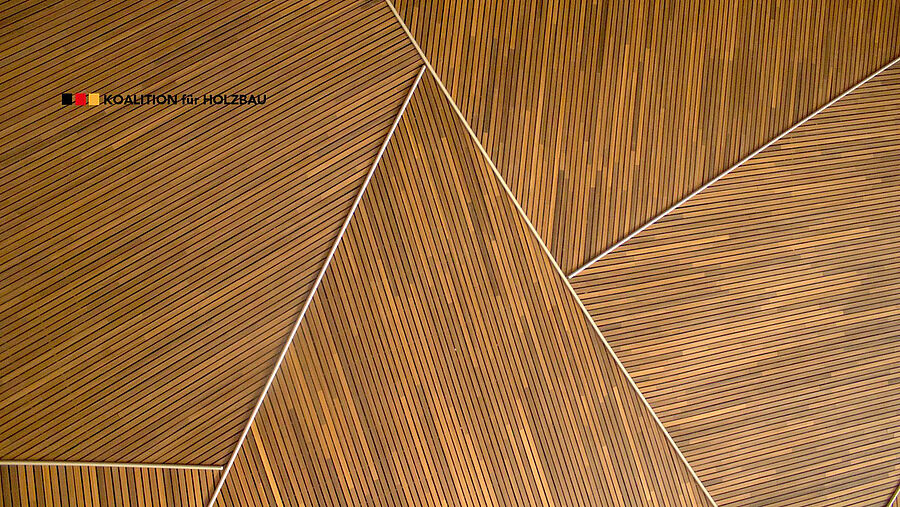