The importance of public space

In order to develop a city sustainably, it is necessary to design public space. These streets, alleys, squares, promenades, parks and canals encompass a wide range of different characteristics and must be livable, flexible and open for all kinds of use. What they have in common is unrestricted accessibility by all residents and visitors to the city and the freedom to make use of this space. How is public space being treated in Düsseldorf?

A number of changes are planned around Düsseldorf's main station. A 115-meter office tower is planned for the northern end of the central station building, the DB reception building is to be topped up and, in addition to its function for travelers, will be given the status of a shopping mall through extensive conversion work. At the same time, the station forecourt is to be redesigned in the course of this, KAP1 will become a new cultural center, three new hotels with a pedestrian walkway to Mintropplatz are nearing completion, and the Grand Central urban quarter on Erkrather Strasse is in the planning stage. These changes will have an impact on the immediate area around the main station and offer the opportunity to ask ourselves the question: What kind of main station district do we want? These changes offer the opportunity for citizens to get involved in the discussion and help decide how the lively and diverse Bahnhofsviertel can be designed for the future.

The entire area around the station should be included in the discussion. This is because direct connections can be drawn from Fürstenplatz to Mintropplatz, further to the area in front of the main station to Worringer Platz, as well as from Bertha-von-Suttner-Platz to Oststraße and Stresemannplatz. Consequently, it should be a concern of the city of Düsseldorf to engage in an open discourse in the sense of democratic urban space development in a dialog between all participants in the neighborhood.

As the architectural firm planning the three new hotels with a pedestrian walkway from Konrad-Adenauer-Platz to Mintropplatz, we are committed to considering the direct impact of this new development on its immediate surroundings. Not far from the main station is Mintropplatz, which should be designed as a meeting place for everyone. We are talking here about a greater intermixing of all citizens within the neighborhood, not at all about displacement. It is important to involve current and future users of the public square in the redesign process in order to create an attractive meeting space and place to stay. A positive contribution to this transformation can certainly be the promotion of urban greenery, calming the traffic situation, guaranteeing accessibility as well as promoting cultural activities. The positive transformation of small squares has a great impact on the immediate surroundings, which will be felt as far as Stresemannplatz and Worringer Platz.

A successful result of an improvement of the public space in Düsseldorf is without doubt the redesign of the Rhine promenade, with positive effects on the entire city. The same expectations are attached to the Blau-Grünen Ring. However, there are also other public spaces within the urban structure that are of great importance for the microlocation, such as Mintropplatz. In Bilk alone, there is a multitude of these urban squares, which could have a positive effect on the immediate surroundings through minimal intervention and thus, like a puzzle, piece by piece put the city into interaction with each other. We remain convinced that the success of sustainable urban development can be measured through the quality of public space. The covid pandemic clearly shows how important public space is: being able to spend as much time as we do now in public space shows us all in an amazing way how much humans are still analogous and how incredibly much we miss being "outside". 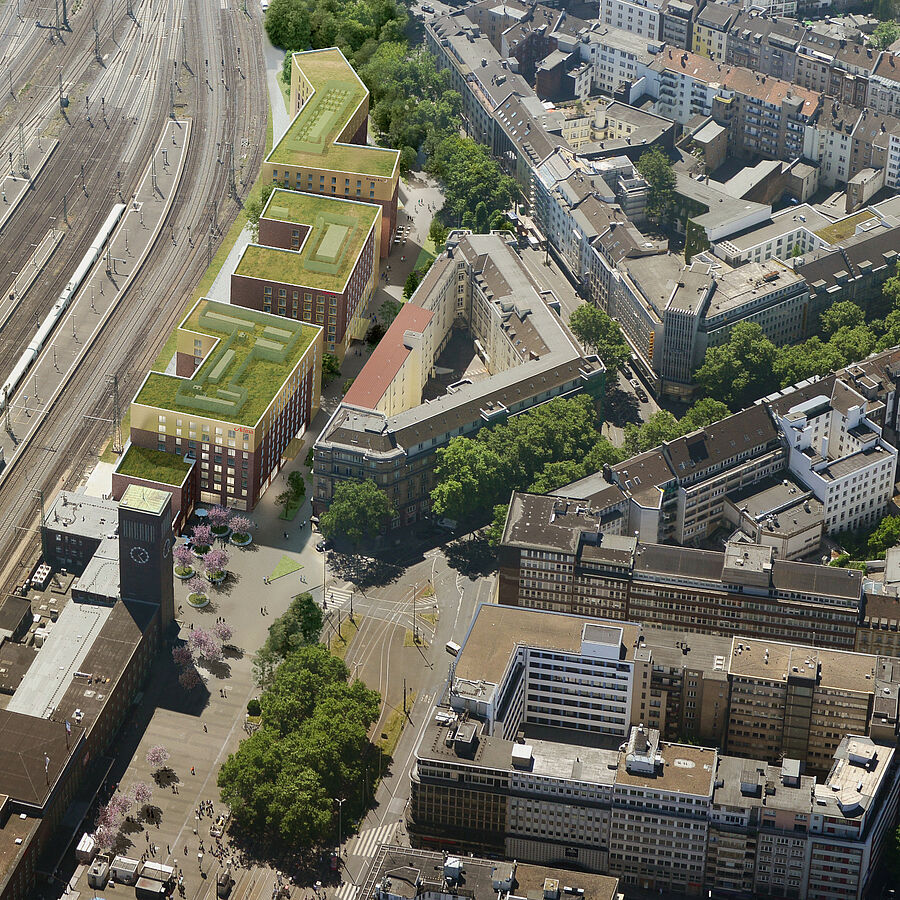 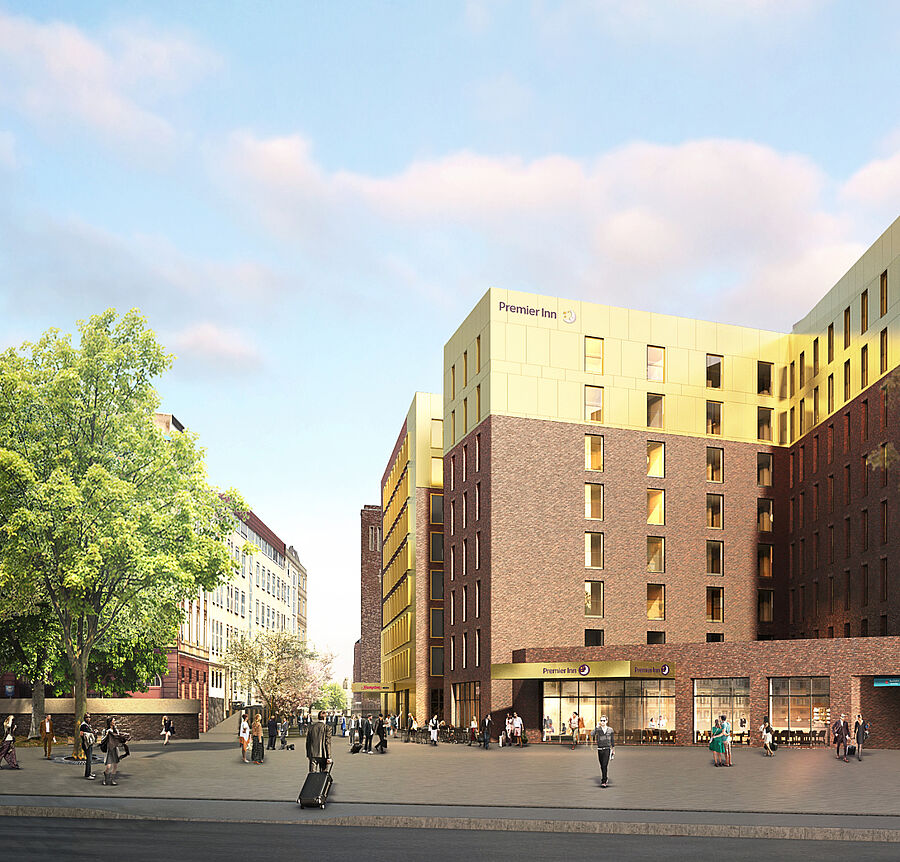