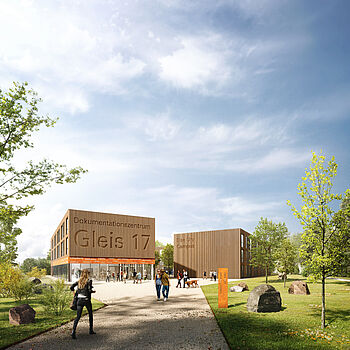 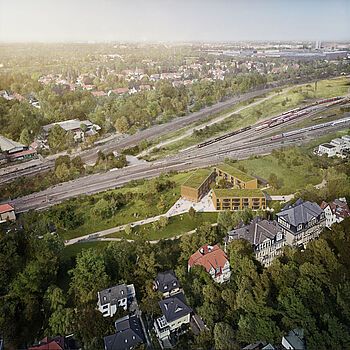 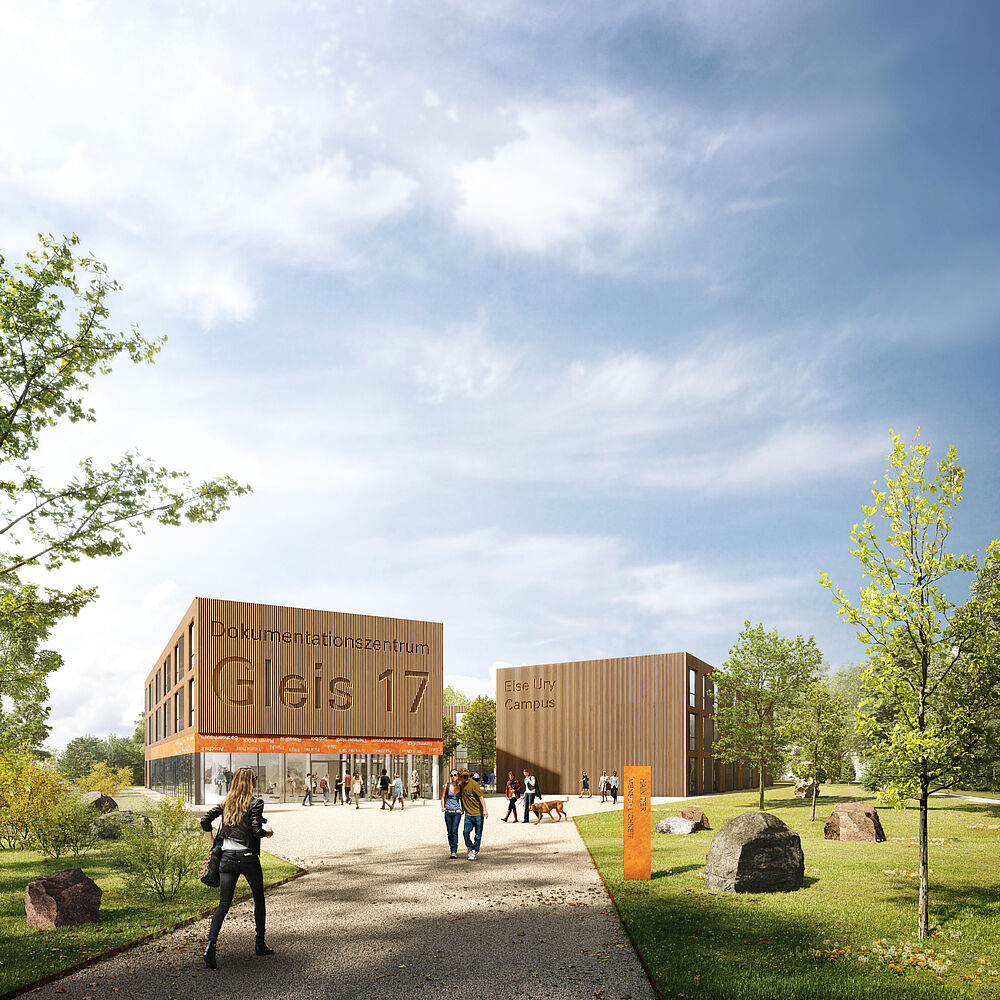 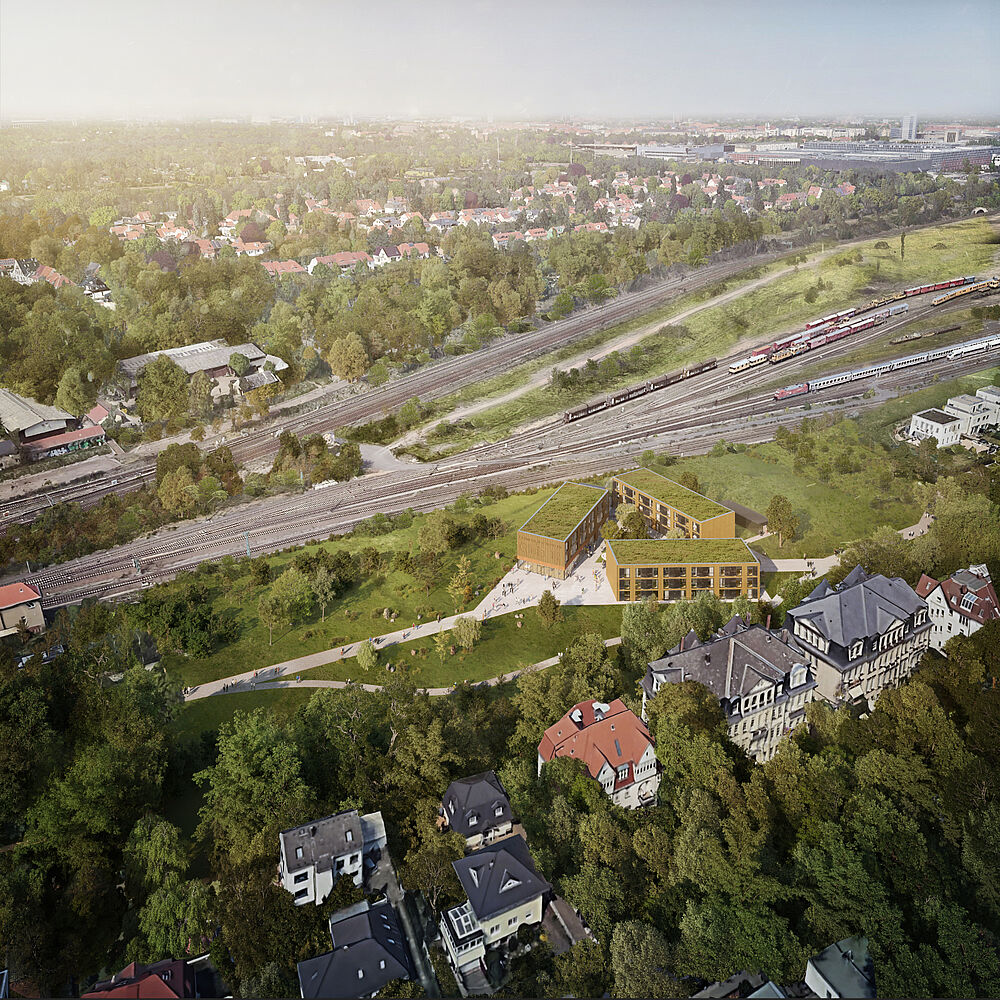 In proper distance to the memorial at the former deportation station Gleis 17 at Berlin's Grunewald S-Bahn station, a place of remembrance, learning and reflection is planned. In an intensive dialogue and in cooperation with the Moses Mendelssohn Foundation, we have developed a comprehensive architectural concept. In a lengthy process of personal exchange, the wishes and ideas of the Moses Mendelssohn Foundation were communicated to our team, which, in a respectful approach to the site, translated them into an architectural plan.

For the Gleis 17 memorial site in Berlin, the planning envisions three buildings arranged around a neighborhood square. The landscaped neighborhood square serves for visitors to the memorial and residents of the campus to exchange ideas about the historic site and its history. From the Gleis 17 memorial, a view of the railroad tracks will be provided. The existing trees will be supplemented by additional trees that will form the "Place of Silence" and commemorate the rescuers who saved Jews from being murdered in the Holocaust.

In addition to student apartments, a flexible exhibition space is planned for the first floor of one of the buildings. The façades of the buildings is composed of vertically aligned wooden slats, which are complemented by elements made of Corten steel. Both materials are found in the immediate surroundings of the planning area and symbolize the transience of life, but at the same time possess a permanence to tell history. The wooden façade visually picks up on the old tree population and the "place of silence". Corten steel with its reddish patina is reminiscent of the rusted railroad tracks of Gleis 17. In its material language, the rusty steel carries the warning that no train will ever run on these tracks again. Through their symbolic charge, both materials form a mental bridge to the past. The visual appearance of the buildings creates a unity that allows for diversity and identity at the same time. The exhibition building is recognizable from the Gleis 17 memorial - a visual axis is created between the place of remembrance and the memorial. Thefaçade around the entrance to the exhibition space depicts in mirror writing and upside down those deportation sites that were approached from track 17. The initially illegible writing embodies the absurdity of the Holocaust. While these locations remain encrypted at first glance, they become visible through sunlight when visitors enter the exhibition space - they become part of the exhibition - and legible for the visitors. In this multifaceted way, the project creates a place of remembrance that forces a confrontation with the past and serves as a reminder for the future. 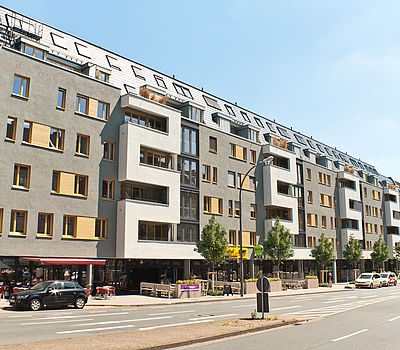 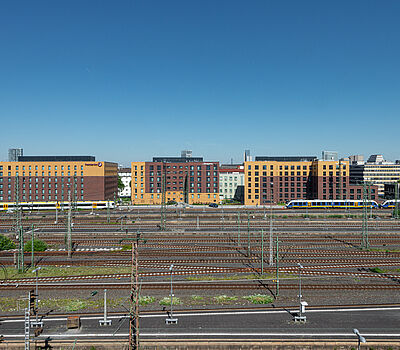